There was something uncanny about Thea Ekström’s studio on Brunnsgatan in Stockholm: one day a crack opened in the wall, causing the artist anxiety. But she found a solution to the problem by painting a crack of her own on a hardboard and hanging it in front of the actual one. Ekström’s own crack opened towards a blue sky – a painting created by the imagination worked as an antidote to reality, concealing it from view.

Ekström’s crack sets the tone for this group exhibition, in which the common factor is that the works make up a kind of stage design, exhibited in rooms where they both relate to and directly influence their surroundings. As physical objects or empty space, art can be situated under the sea, as a backdrop to the sky, in-between walls, and in the occupation of an abandoned shopping mall. To a certain extent, these artistic invasions change the character of the given environment. But the illusion is never complete, and the transformation never total; the meeting between two worlds always generates gaps. 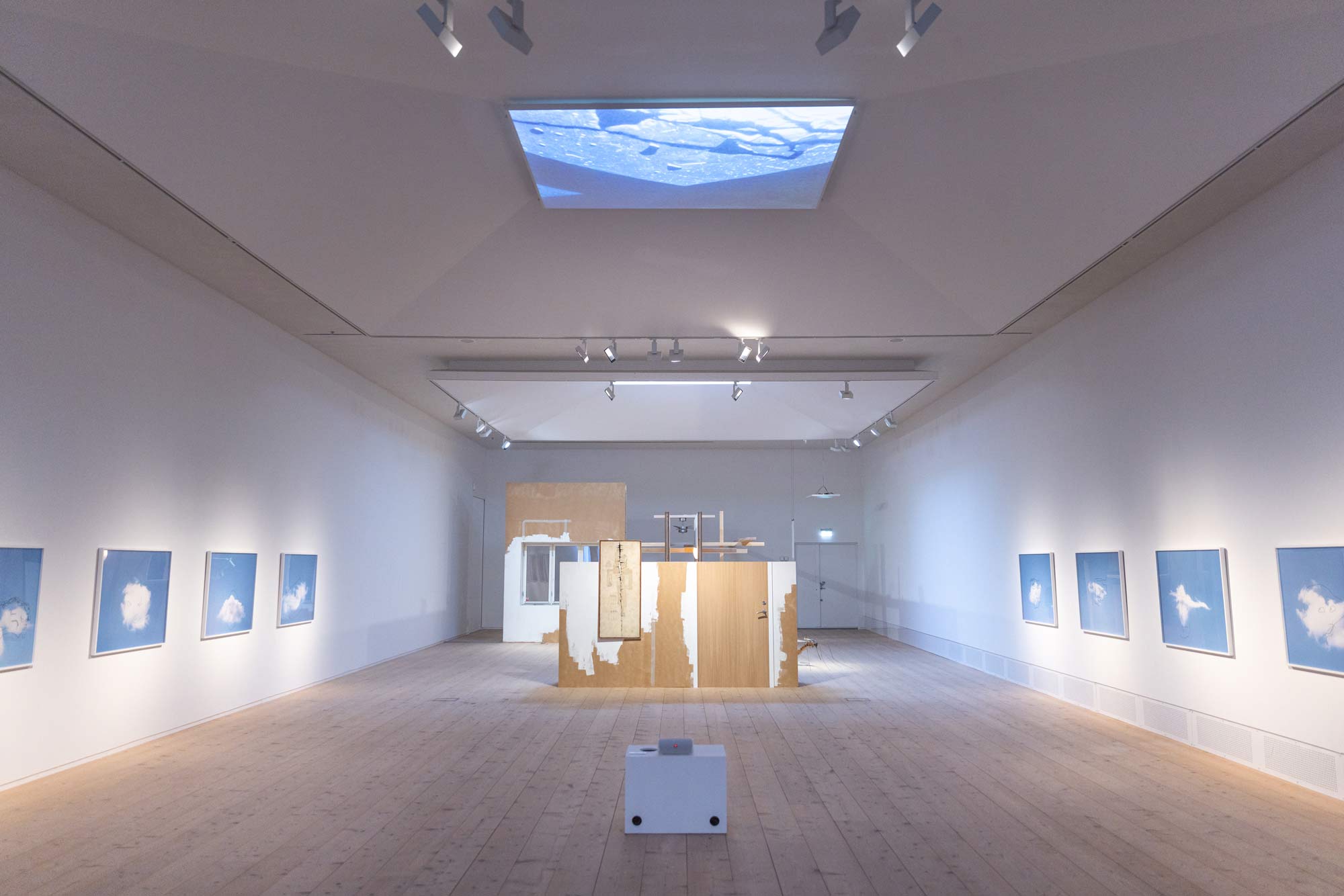 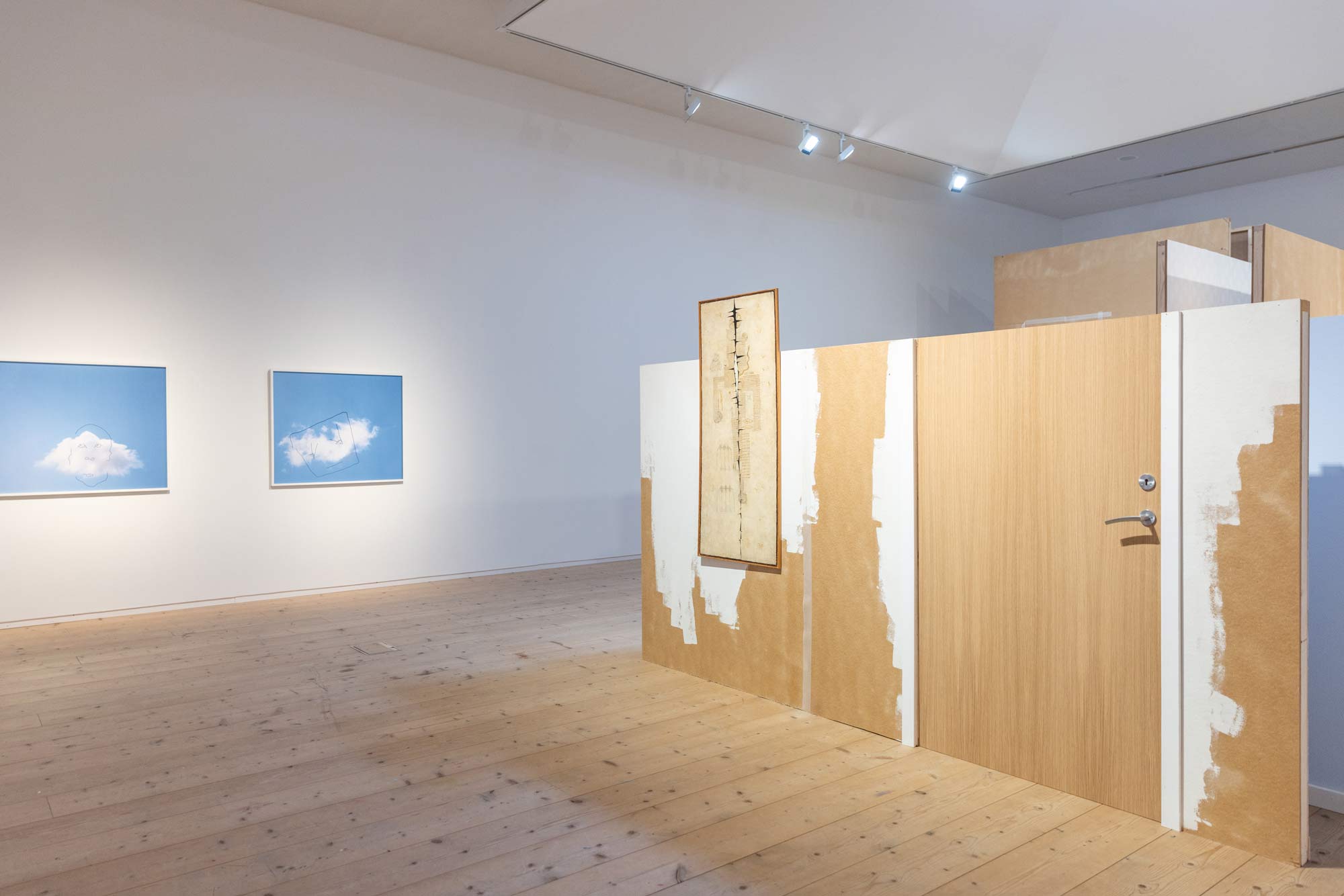 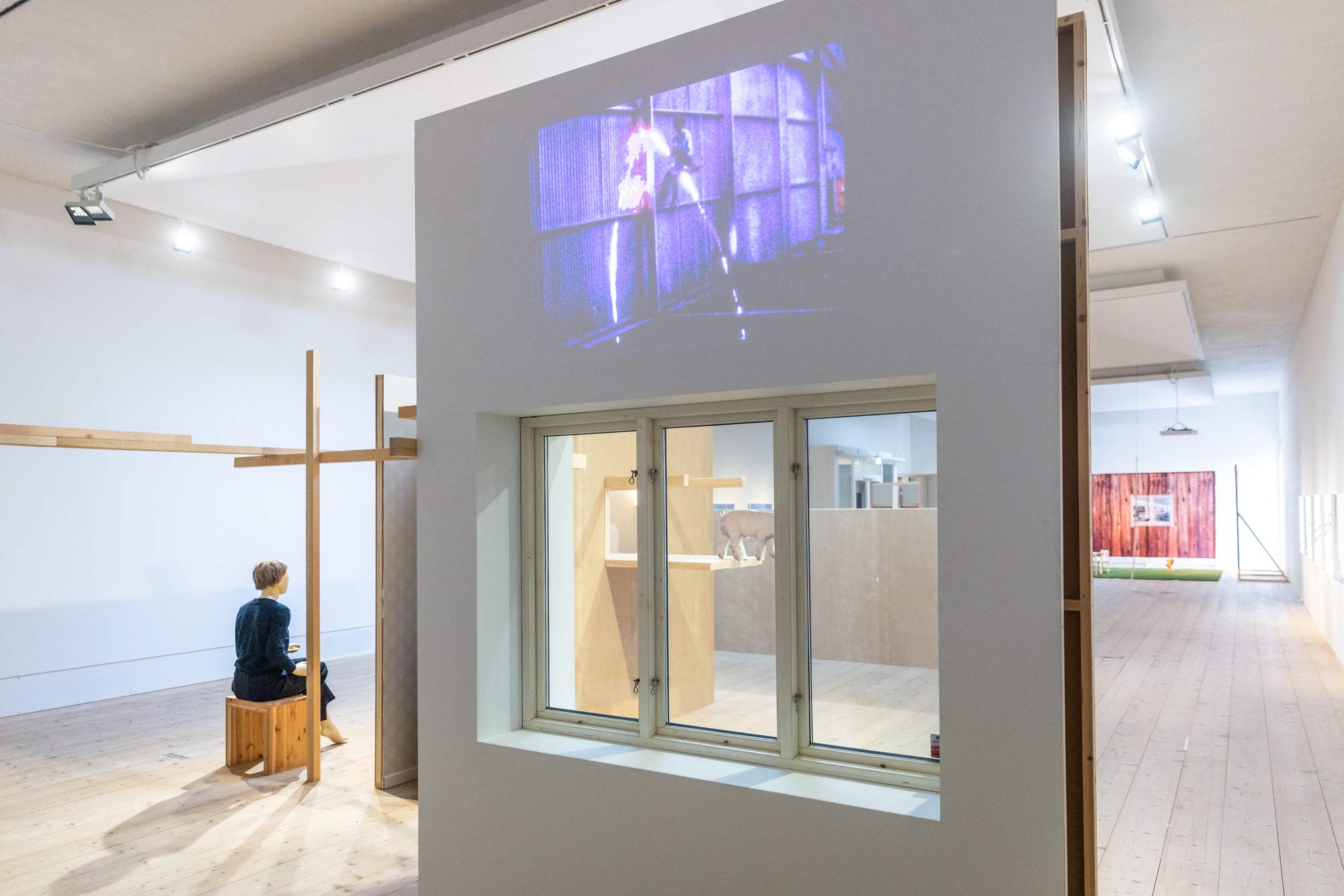 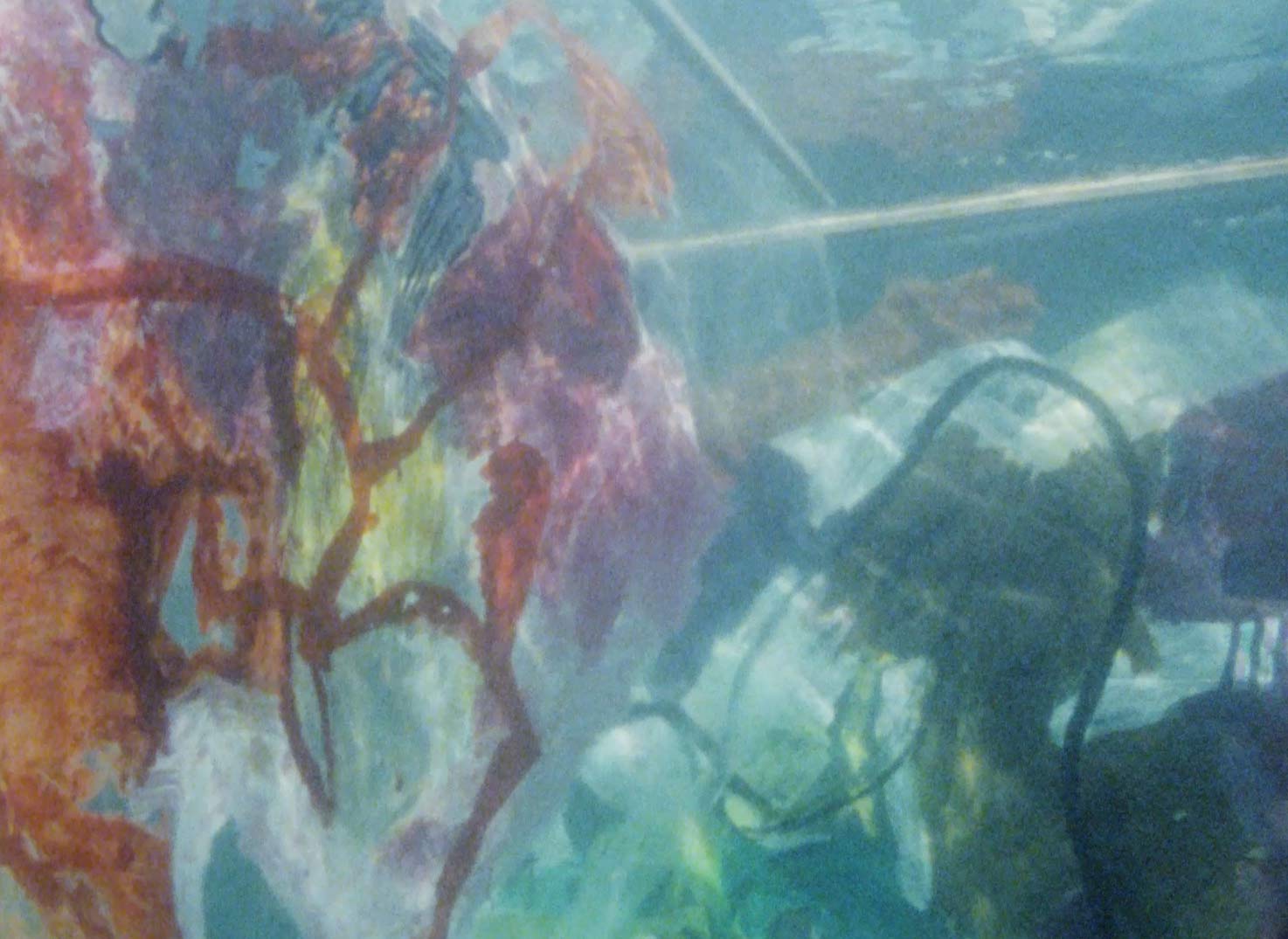 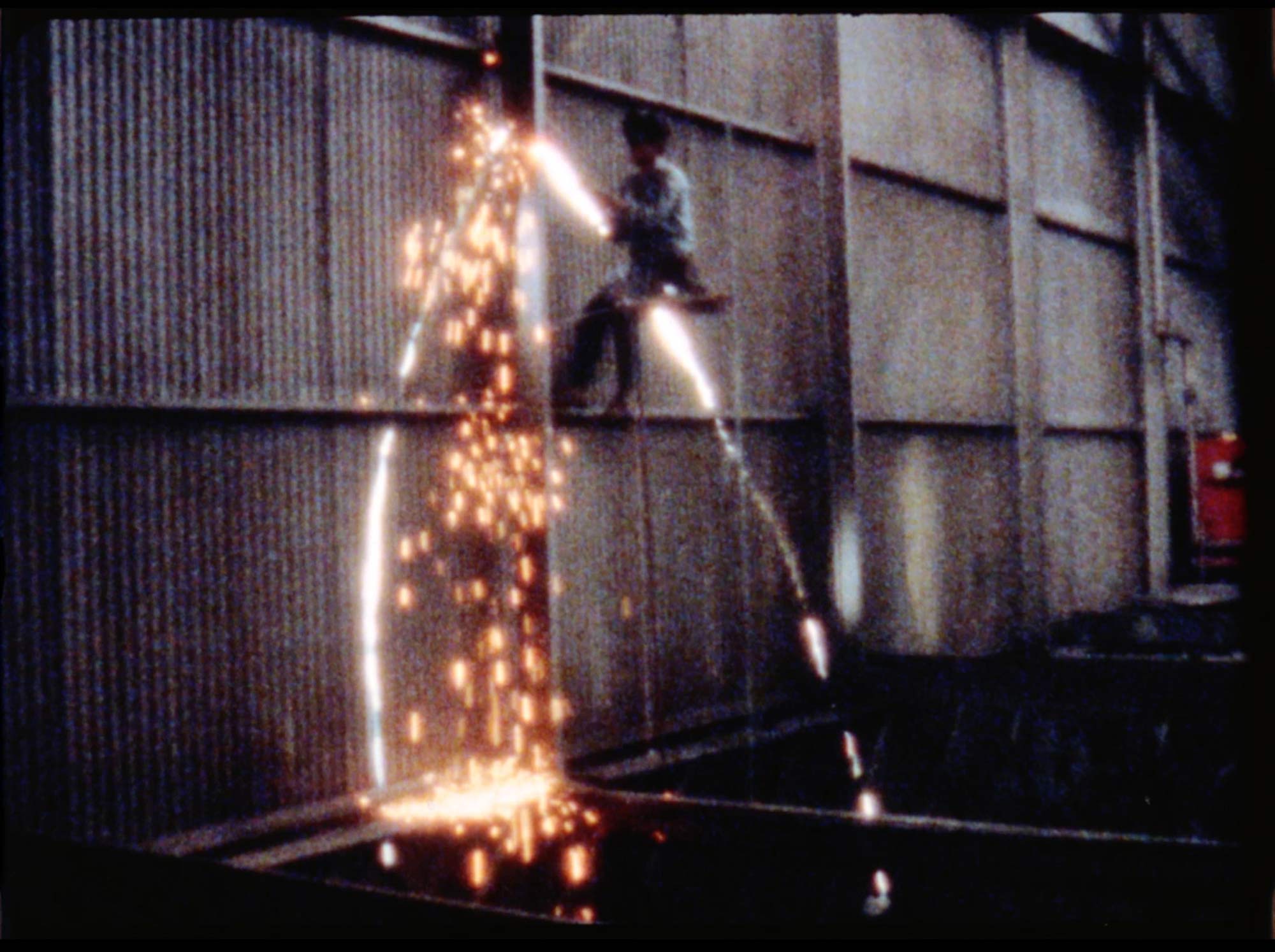 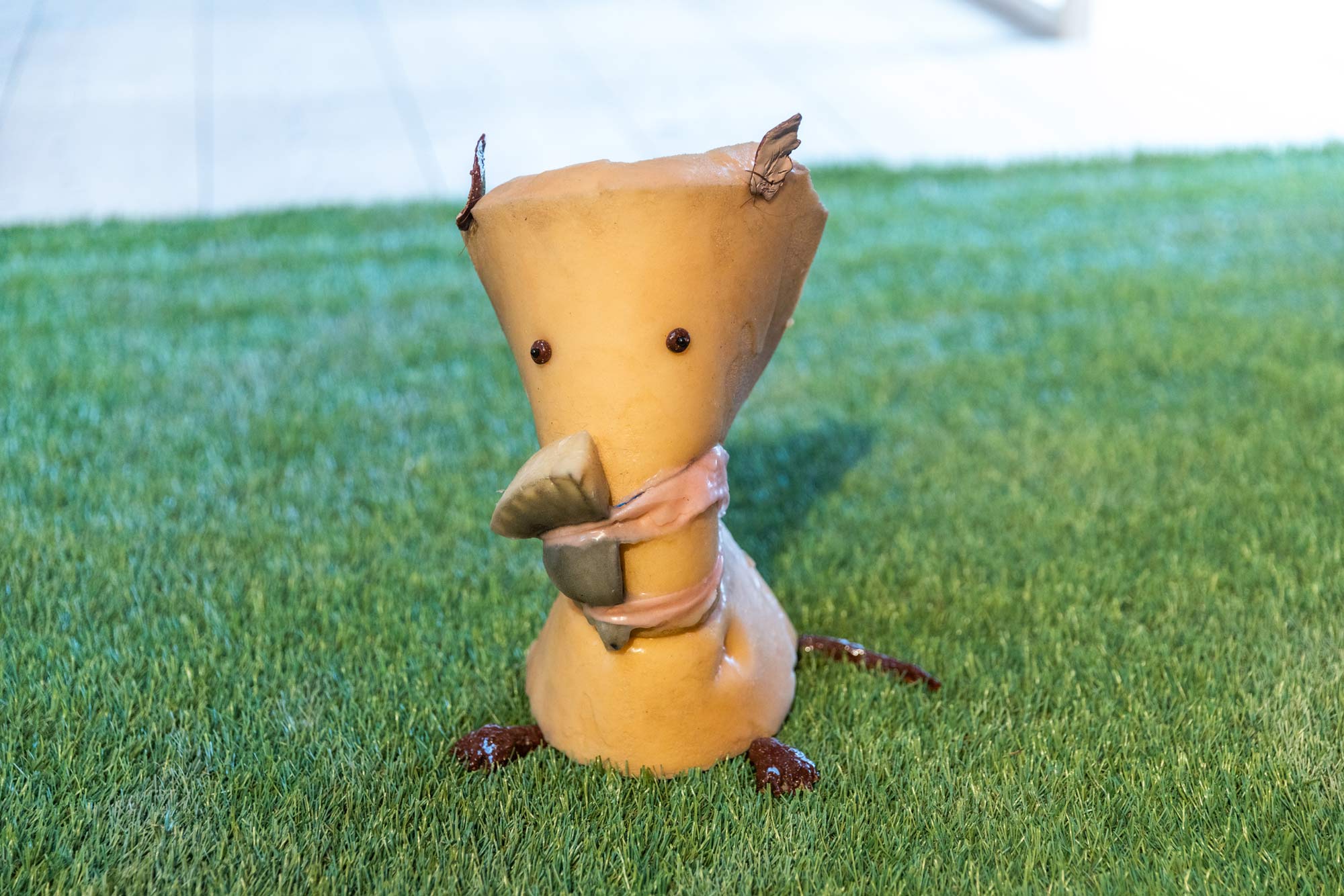 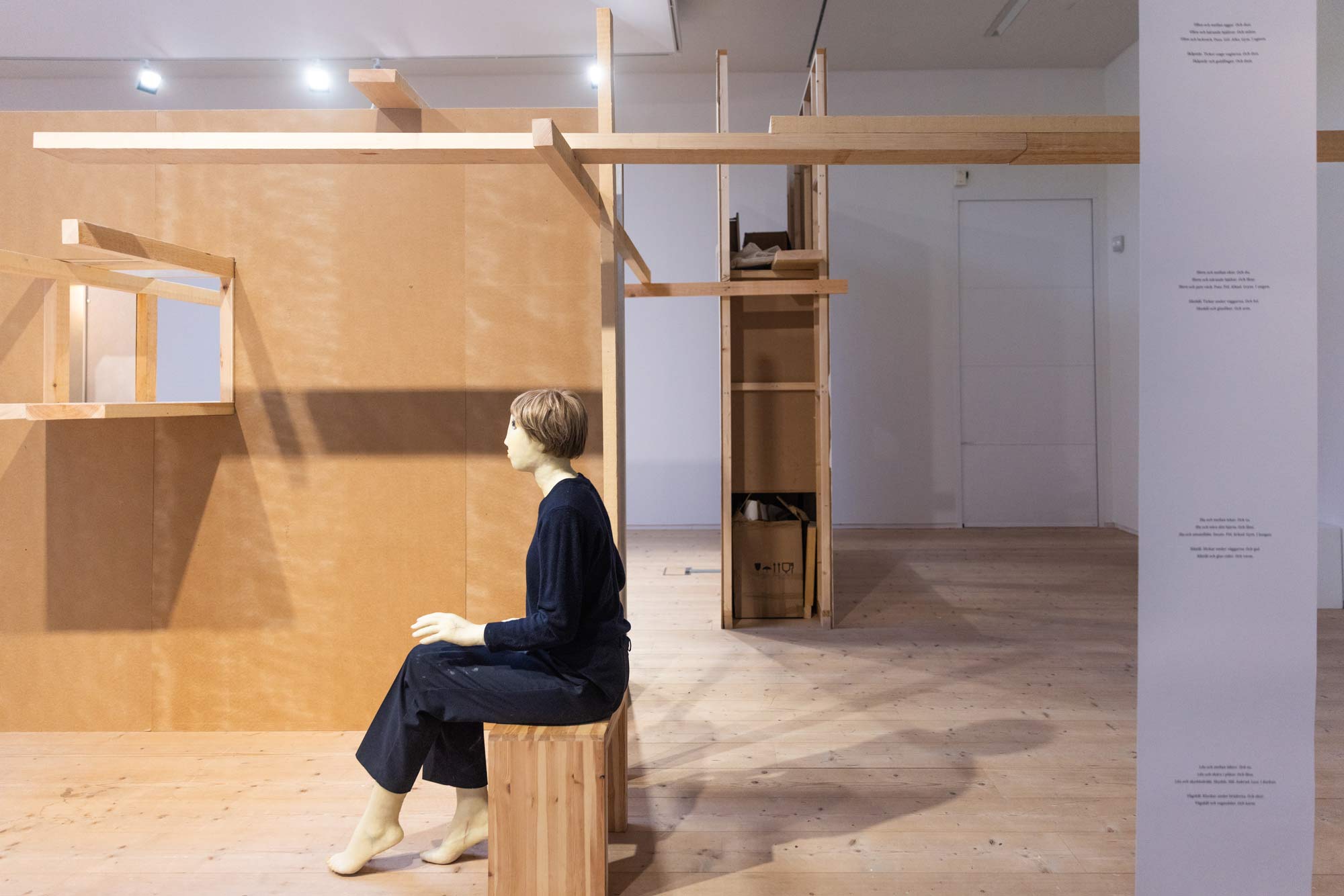 Ksenia Pedan, Meditations on living in the present, 2022

The exhibition in front at below features artists from different generations and backgrounds, born between 1920 and 1986. In their works, the physical and the poetic constitute two parts of the same whole, as do the spatial and the human. Here we present the newly produced installation Meditations on living in the present (2022) by Ksenia Pedan, in which a claustrophobic drama takes place between raised walls. Jörgen Gassilewskj has written Ball One Ball Two Ball Three (2022), a poetic work in three parts, created specifically for the exhibition rooms. Iris Smed’s combined stage design and performance The Zombie Function (2021) takes place within the framework of an abandoned food court that has been occupied by actors in search of alternative family constellations, and Cecilia Edefalk’s film Ultramarina (1984) lowers us to the bottom of the sea along with paintings and other objects. Thea Ekström carves a rift towards the sky (1962), Flaka Haliti’s photo series I See a Face. Do You See a Face. (2014) sketches ten faces in the sky, and Gordon Matta-Clark’s Day’s End cuts an opening towards the heavens, so that the sun shines in through the façade of a dilapidated warehouse.